Gang Of Youths – The Positions

Gang of Youths new album ‘The Positions’ has recently debuted at number 5 on the ARIA charts and the band is currently touring around the country.

The group of four men in their mid 20’s were born and raised in Sydney with Dave Le’aupepe as the front man who also wrote all the songs for this album. The songwriting was based on moments that had happened in his life and particularly focus on his relationship with someone who had a terminal illness. They were together for four years until it broke down and it was the whole foundation of how the album came about but it was also how he dealt with everything, which is why I believe every song on ‘The Positions’ have such an effect on people because it’s coming from experiences they have had to face.

Every song they sing just keeps on getting better and the songs are subtly building and beautifully restrained. I never thought I would like indie-rock kind of music but listening to this band changes that. All the instruments entering at different times with that amazing rumble of a lead and the songs are often long and take their time building that emotion. If you haven’t listened to this album yet, I recommend you do because it really is good. 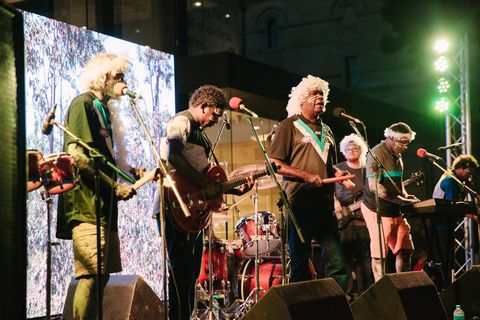